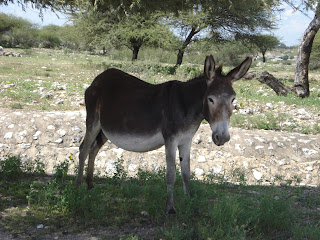 Speaking of animals you have to chase out your yard, I would like to introduce exhibit A, the donkeys.

Unlike Eeyore on Winnie the Pooh, these donkey’s (in simple terms) just don’t care. Donkey pregnancy is rampant, and people rarely use their donkeys. With this in mind, they are free to roam wherever and whenever they want. Additionally, donkey meat is the lowest quality type of meat you could eat. So on my side of town they run things, and they know it.

Example 1: Unlike other animals, donkey’s have somehow found out it is a fine or even jail time to kill another persons animal. They have decided with their new found knowledge to stand in the middle of the street, or to start crossing nonchalantly across the road. Yes sir, these donkey’s are smart, and they look at us as if we are stupid. 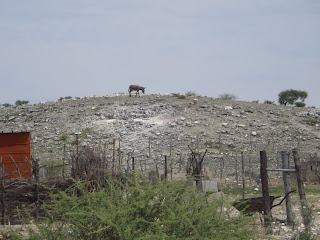 Example 2: Why might you ask why I would need to chase donkey’s out my yard. Well it’s for two things. The first reason is that they like to eat grass and other shrubbery. While this is fine, donkey’s also have no problem pooping where they eat. This is my first issue with having donkey’s eat the grass in my yard. The second less obvious reason is that they will turn on your tap outside, crowd around the tap, and have a small party all night long. Once again they are aware they are doing wrong. How do I know? Well because when you wake up in the morning and see the remnants of the donkey party which include water running all night and tired donkeys they will quickly run outside the gate. Even though most donkeys will run, they are some donkey’s (in simple terms) that just don’t care, and will only leave your yard after chasing them out your yard. Outside your gate, these donkeys tend to look  at you as if you did something wrong.